An Early Bath – An incredible shoot in Bath City Centre. 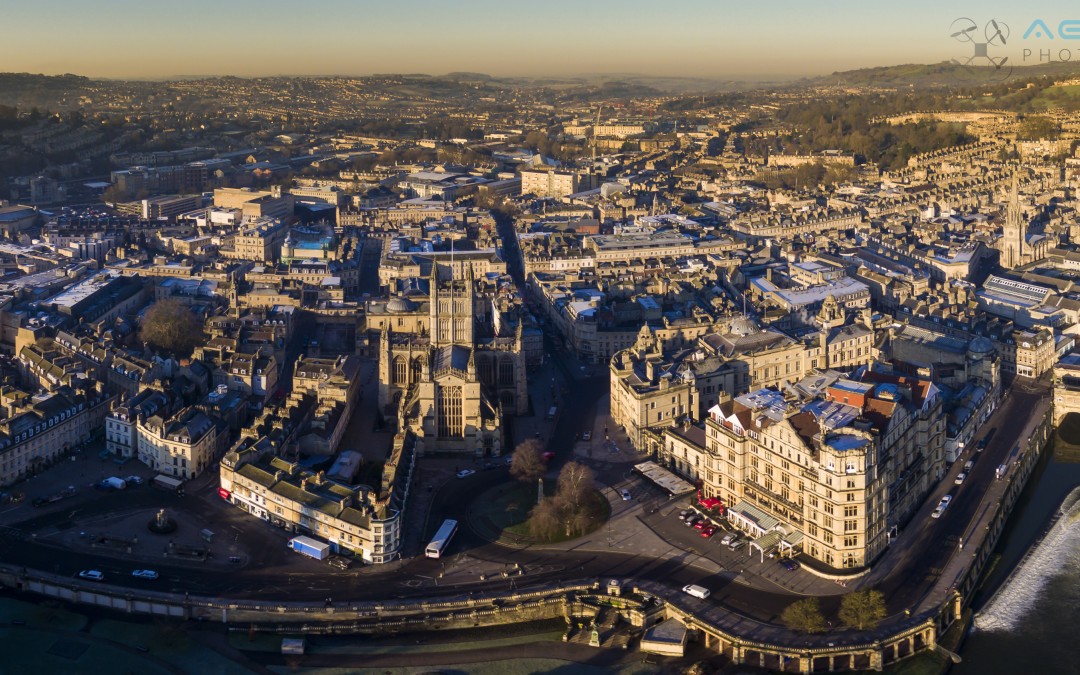 It was a very early start for us this week as we were asked to do some aerial filming in Bath city centre. We knew it was going to be cold but we all underestimated just how cold it was going to be. Whilst we were unloading the equipment, the van gave the temperature of -5 degrees! If there had been any brass monkeys about, they would have been in trouble.

Obviously because the aerial filming was going to be in the town centre, we had to work closely with Bath City Council whilst selecting the safest place to fly from. We found a small park called Parade Gardens. It was adjacent to the river and next to the (empty) Bath rugby stadium so we had plenty of room to fly.

The main problem that can occur when flying in these temperatures is battery performance. When a Lipo battery gets cold, it’s discharge life is a lot quicker so we made sure we had a stack of them in order to get the footage we needed.

We were mainly shooting aerial video in Bath but we managed to capture a couple of images whilst we were doing it. Here is one from just after sunrise.